Before container-ships leave port, lashers secure the containers using heavy metal bars. They are the last port workers to do such dangerous jobs surrounded by self-driven vehicles and remotely operated cranes. Each body tells its own story: from grieving for a colleague who died on the job to just keep going. Stowaway animals appear as visions of a more natural world.​ 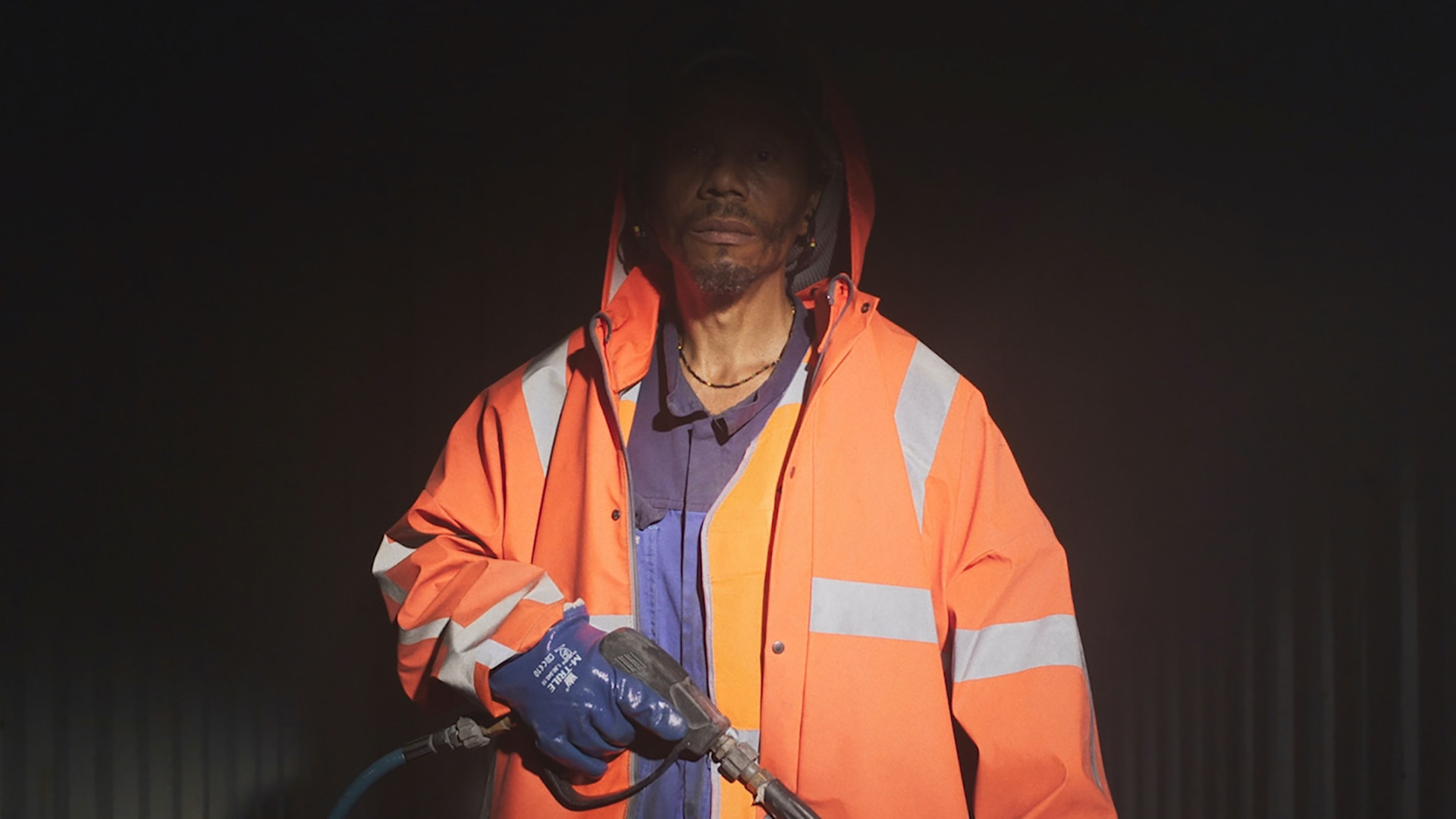 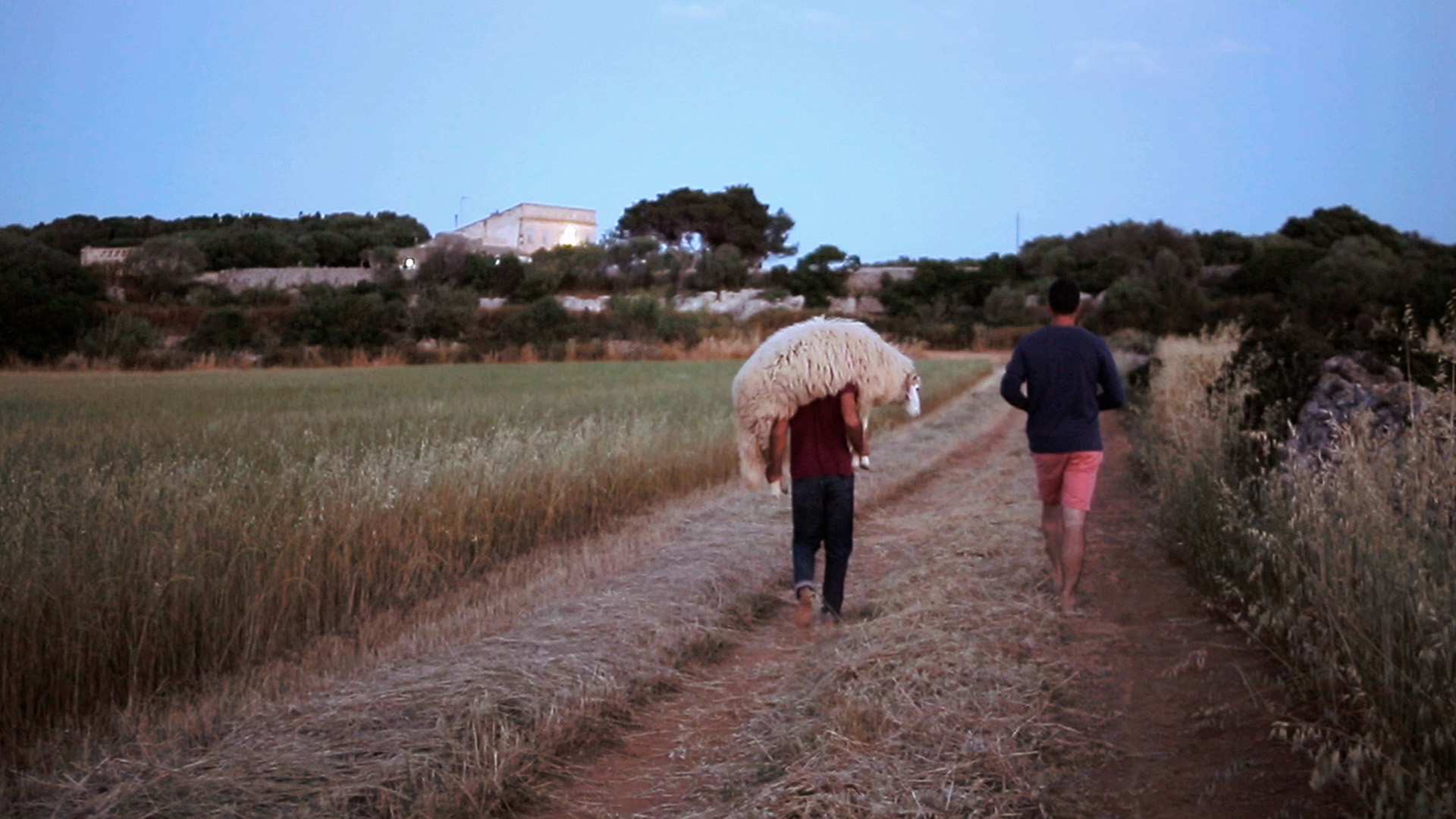 Rocks of four colors compose the landscape of Menorca. A journey from the darkest of the rocks to the lightest will guide the narrator on a journey back to his native land: an island that is sinking, inhabited by his younger brother, who has decided to remain there.

A “shadowy” cinematographer, with a unique point of view and an old Beaulieu camera, find out the World as the first time, confused and uncertain about the mysterious relationship between himself and the rest of the world. 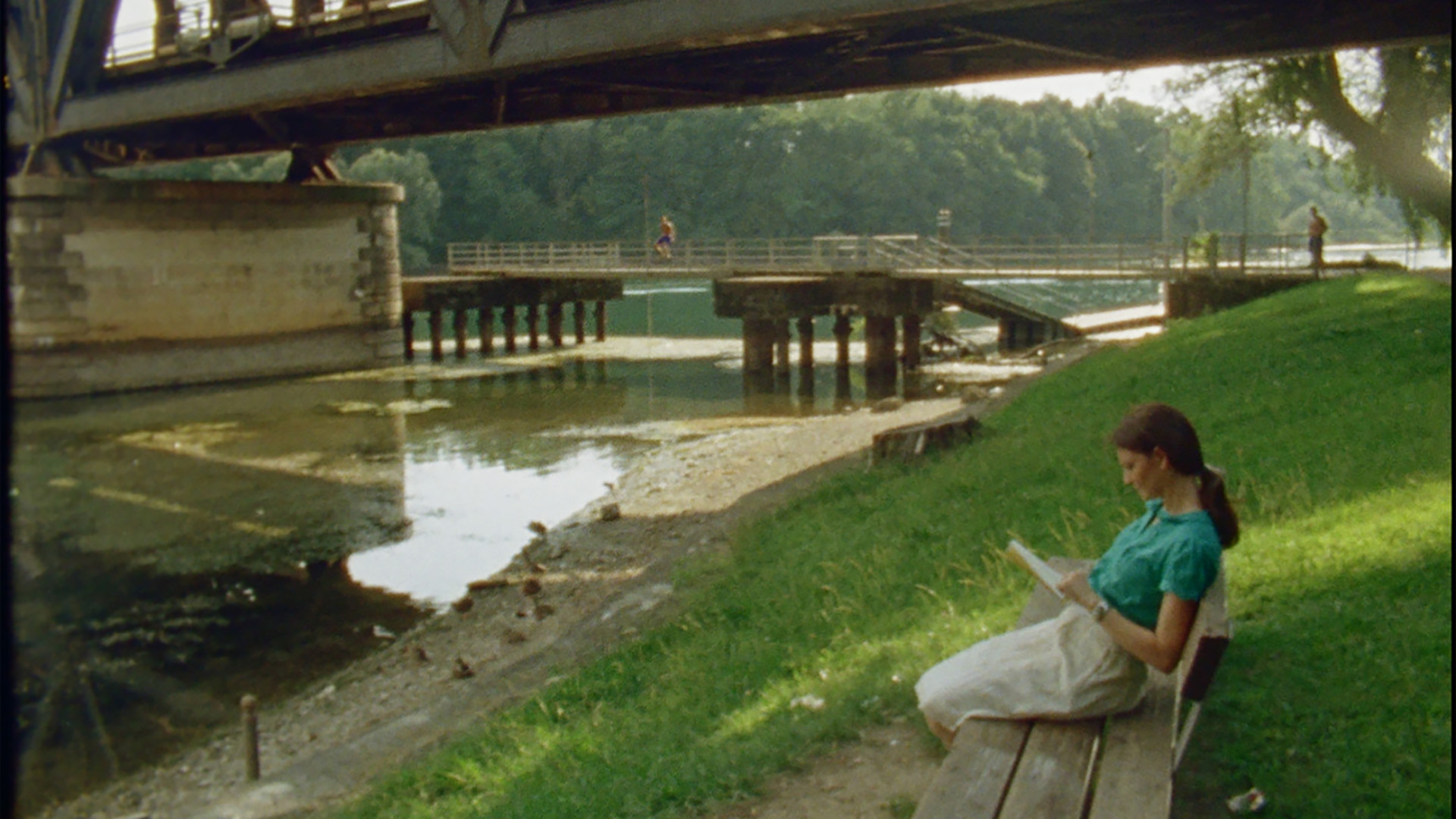 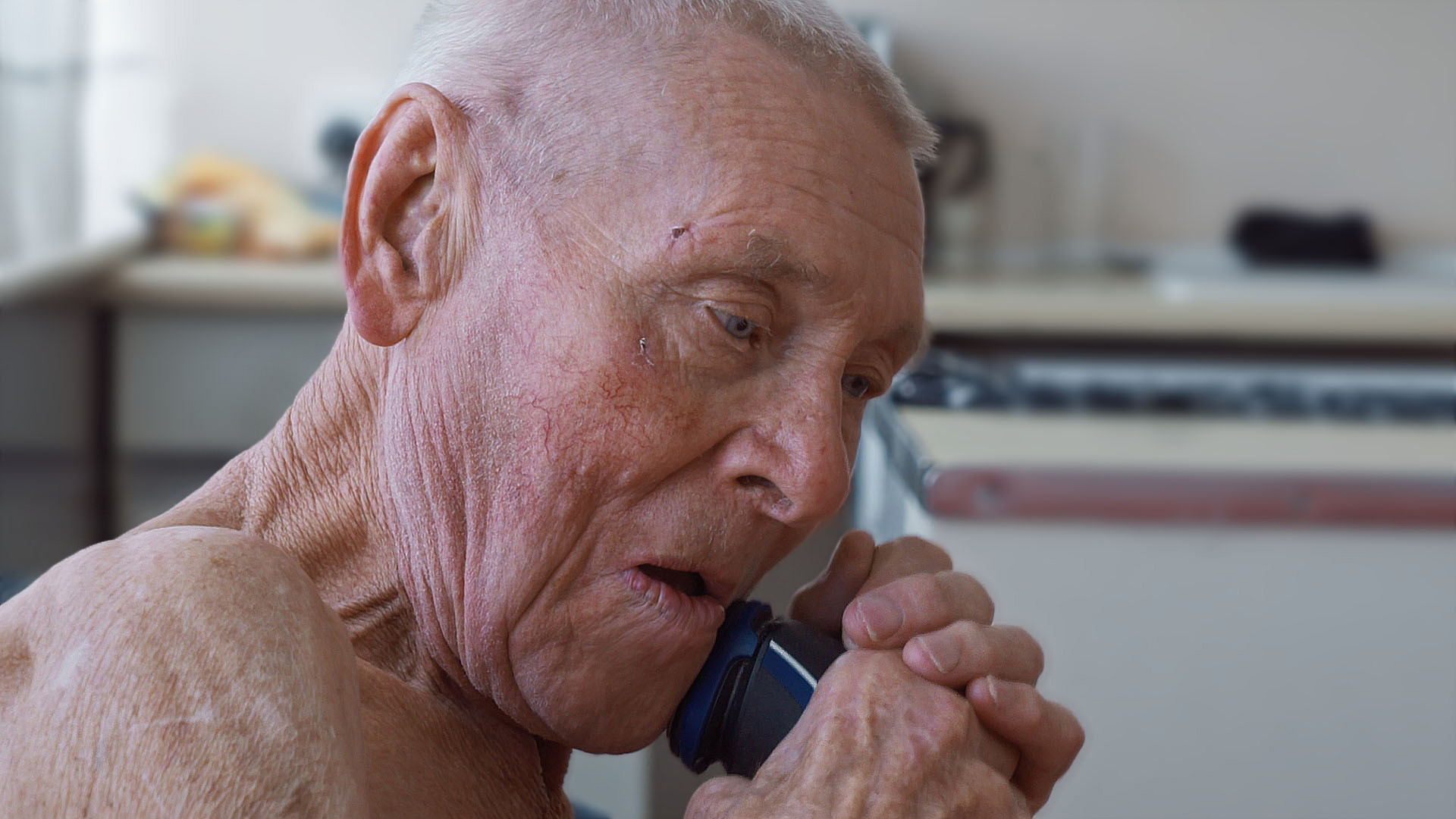 In a boundless social housing estate built on Victorian ruins, a lonely ex-demolition worker and his neighbours must face the destruction of their homes to make space for luxury apartments. Shot over years with unprecedented access to the biggest “brutalist” social housing estate in the UK, Aylesbury Estate offers an intimate exploration of inhabitancy and loss, and the raw testimony of an irreversible social transformation of British society.

Life is going on in Dakhla, one of the Sahrawi refugee camps in southern Algeria, forgotten for 45 years. The celebration of a film festival, the Fisahara, breaks the monotony. The event ends, life (and oblivion) continues. 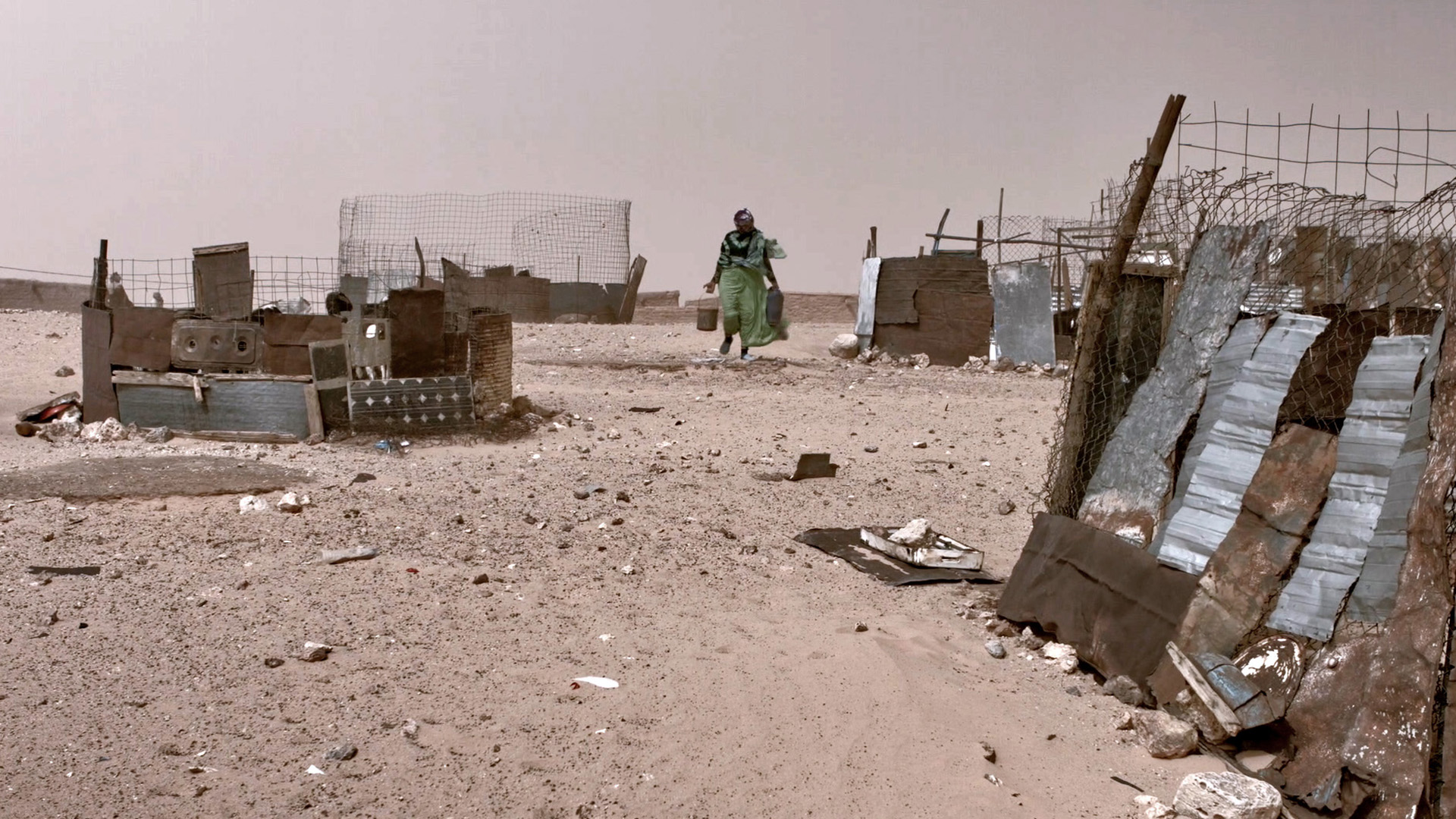 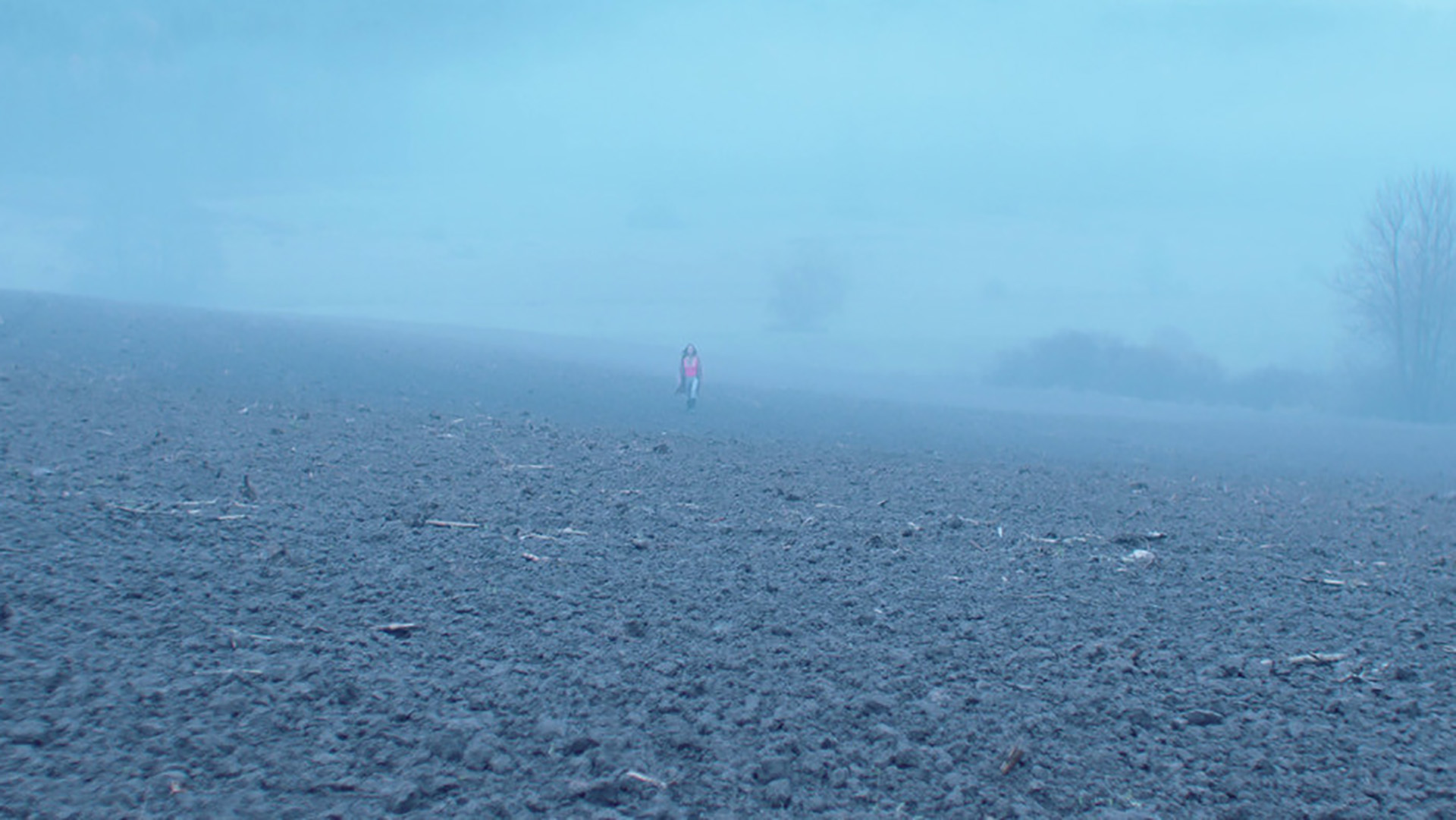 Berta Zenefels (84) has never seen the sea. She has barely ever left her beloved farm the „Zollhaus“ in Bavaria. Day by day the born landlady was standing in the kitchen, where she fried thousands of Schnitzel’s for her guests. A life shaped by hard word, a life that nobody wants to live anymore. During her lifetime she had to bury her firstborn son, her husband, her grand-son and her youngest son. Every single one of them lived and died for the big dream of the Zollhaus. But without a successor the heavily indebted farm is threatened with bankruptcy. But now the grand daughter Monika (34) appears out of nowhere and decides to save the family-owned farm, regardless of her high-school diploma, yearlong stays abroad and a finished degree. Her sister and this films director Hannah Schweier (39) is not too happy with her sisters idea. Till that moment their lives and dreams were inseparably connected, but since Monika works on the farm, she doesn’t have any spare time left. That is why Hannah decides to find out what actuates her sister and whether she will be able to truly find eventually happiness.

Ferrania is a place, a factory as well as a world-renowned brand that has been shaping the history of photography and cinema in Italy for decades. Yet, nowadays Ferrania is a desolated territory where several former factory workers live, looking for a new direction. 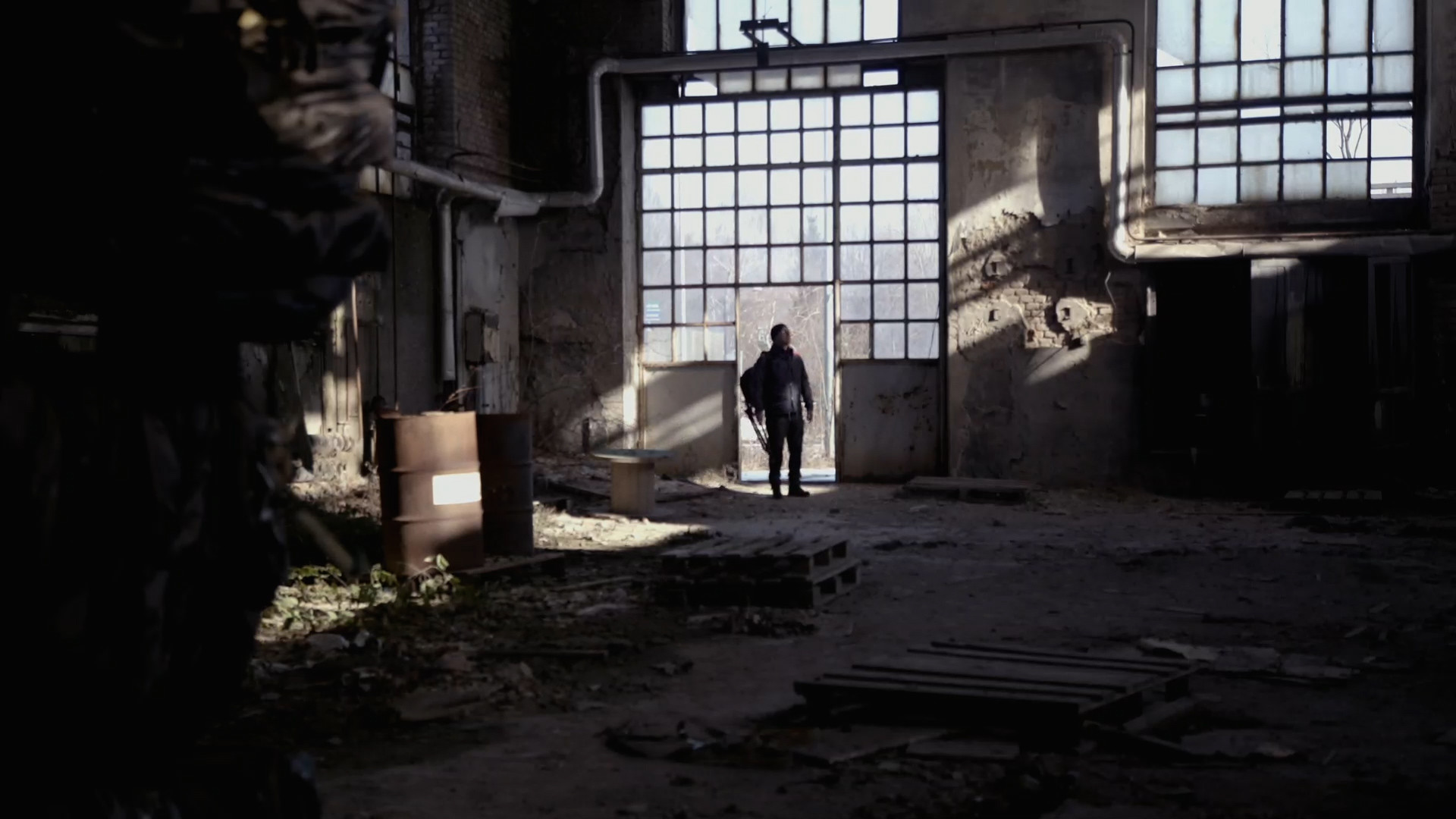 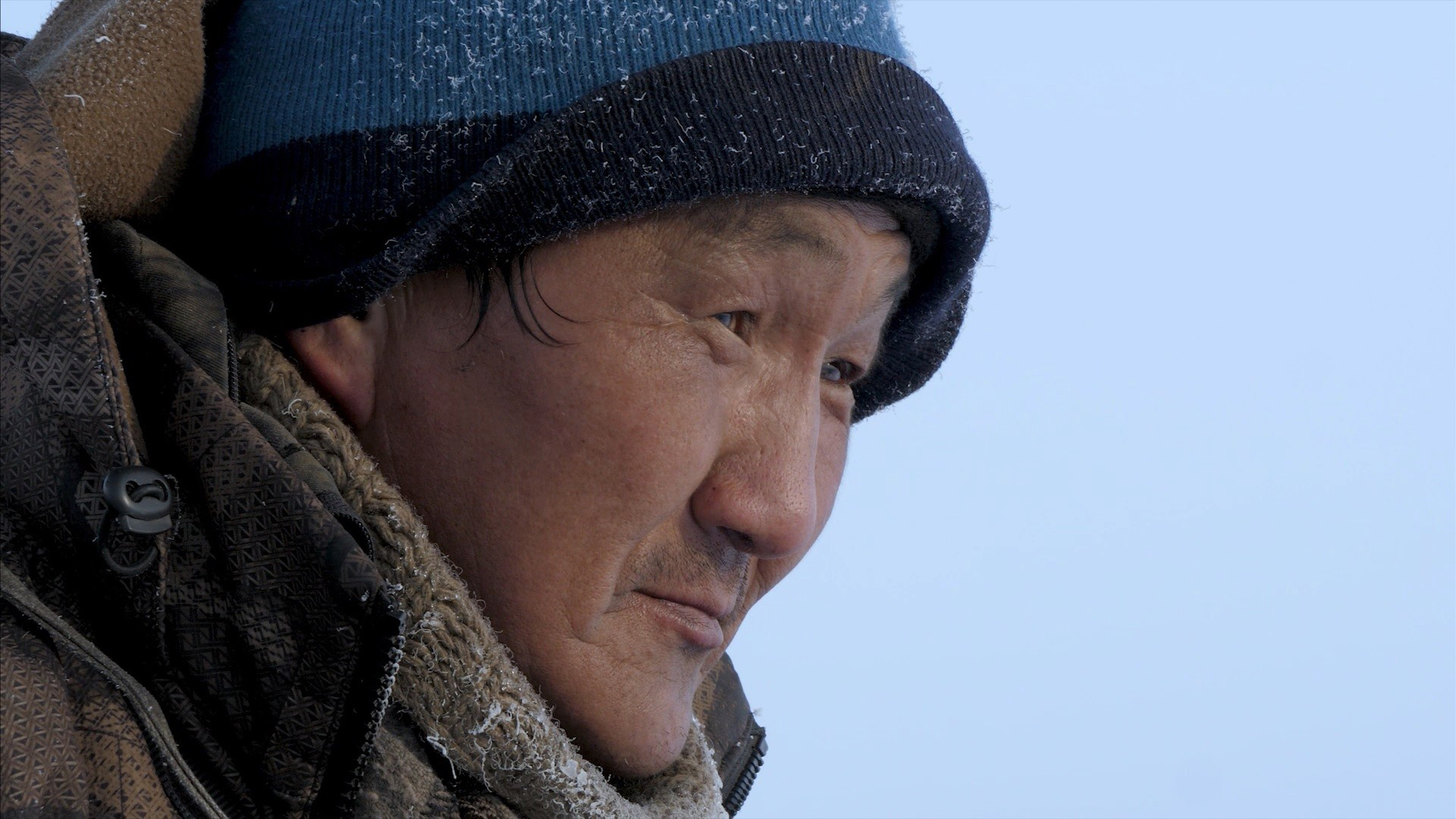 Two people. Two different worlds. He is a hermit and a reindeer herder. His home is mountains and taiga covered with snow. He depends only on himself, because his life is absolute freedom. She is a resident of Rome, devotes almost all of her time to work and manages to travel around Italy only during short leisure breaks. Their worlds are so different that it seems that there can be nothing in common between them. But they both know how quickly life is changing.

The villagers of the Dois Riachões settlement lived in a situation analogous to slavery, but today they have managed to conquer the land and their freedom through cocoa production. In 2021 the community launched its own brand of chocolate. 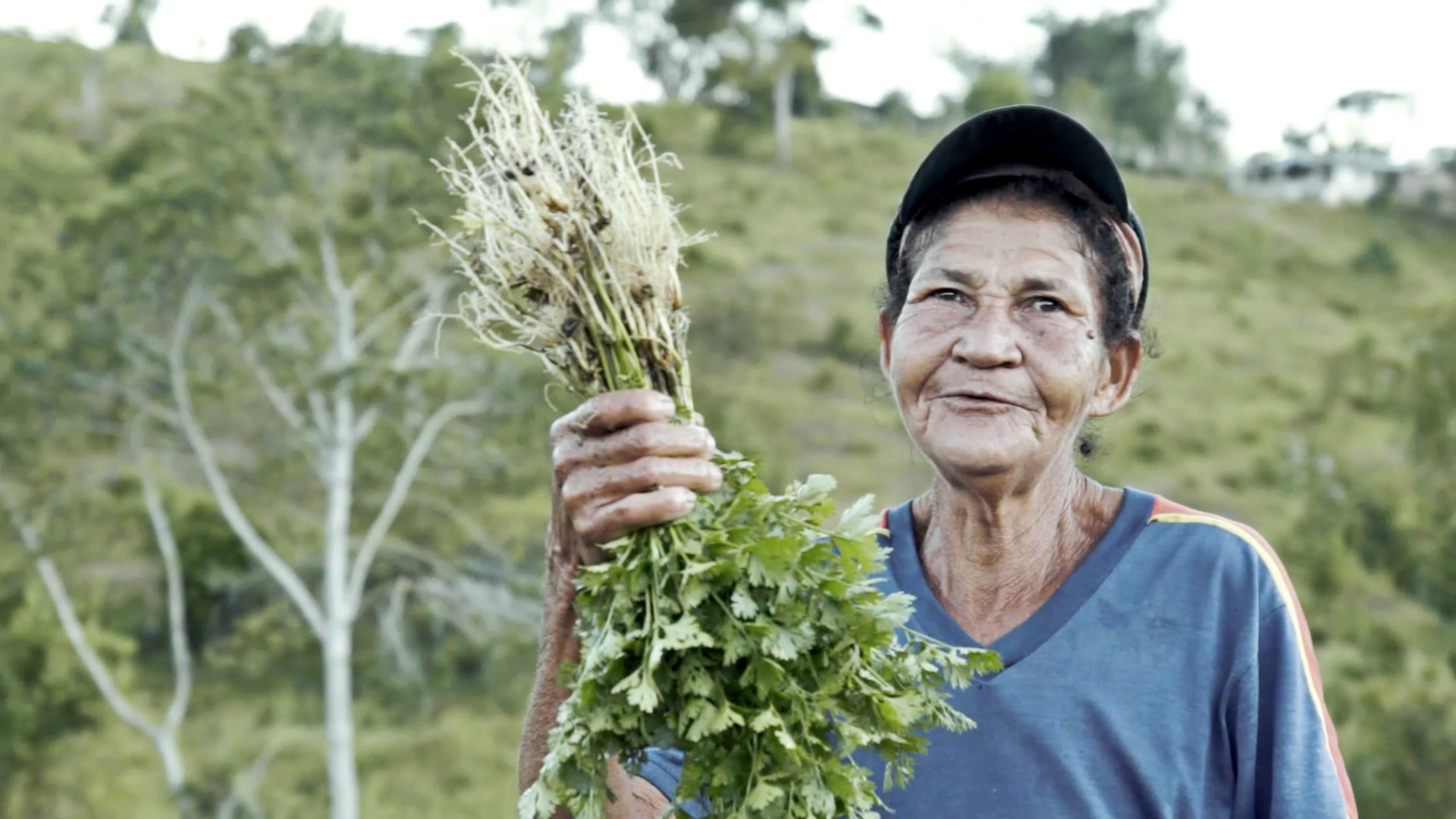 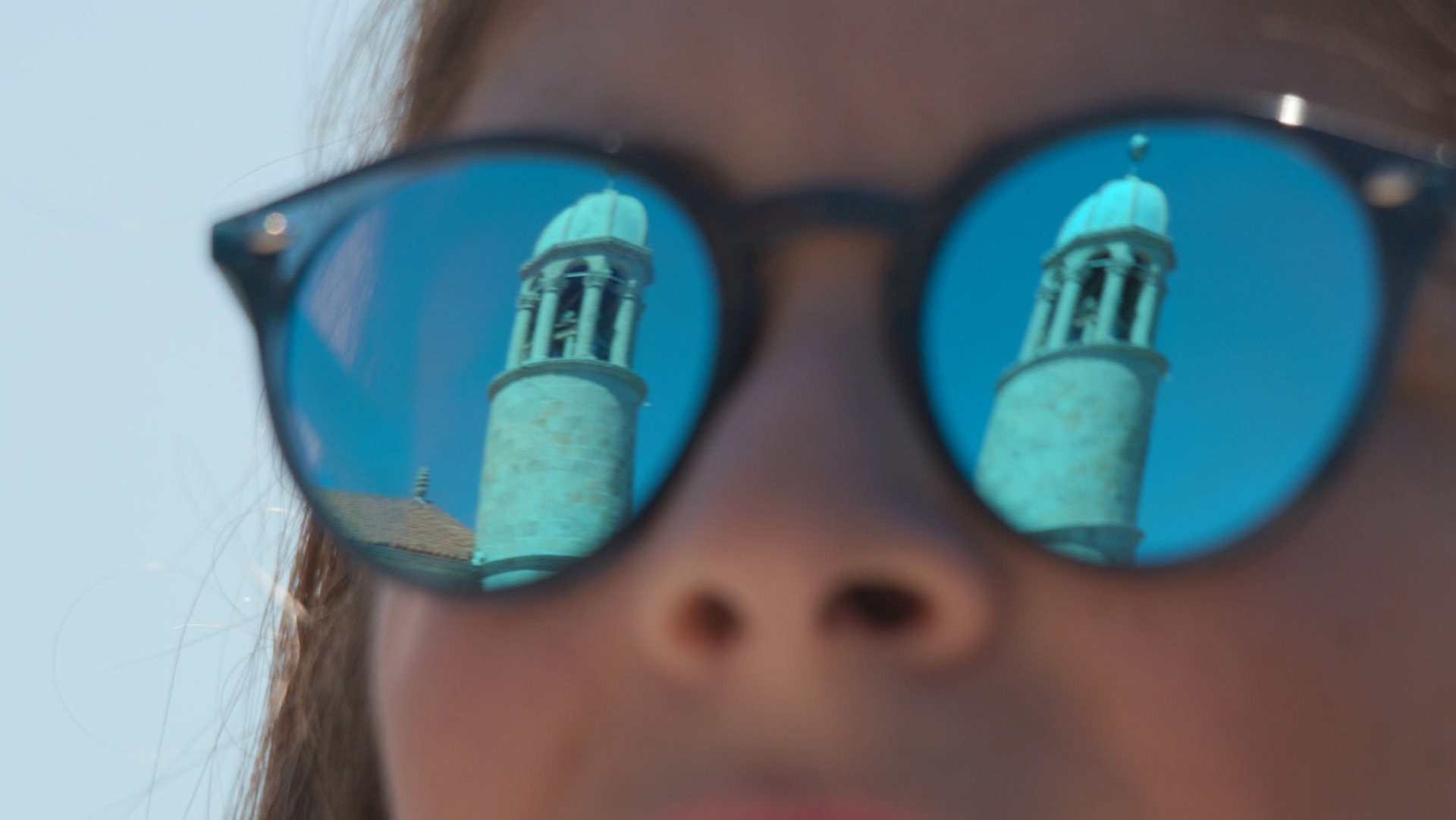 The hero of the story is the very place of calmness, purity and serenity: a quincentenary shrine on the lonely rocky islet. Nowadays it is facing a strange, multifaceted antagonist: speed, tumult, superficiality, and vanity of the modern era’s life. Heavenly vs. mundane, temporarily vs. eternal, material versus spiritual…

Mine of Inferru (Hell in the Sardinian language), Sardinia. Second half of the twentieth century. Sick and weary, an elderly miner gets buried by a landslide while mining a gallery. Suspended within a time-void between life and approaching death, the man describes the world of Inferru through an imaginative existential monologue, blending past, present, and sombre forebodings regarding the future. This film only employs archive footage in its depiction of a mesmerising trip across the final desperate, crazed and yet highly lucid thoughts of its protagonist, who tries to put a permanent end to his reckoning with society and his own conscience. 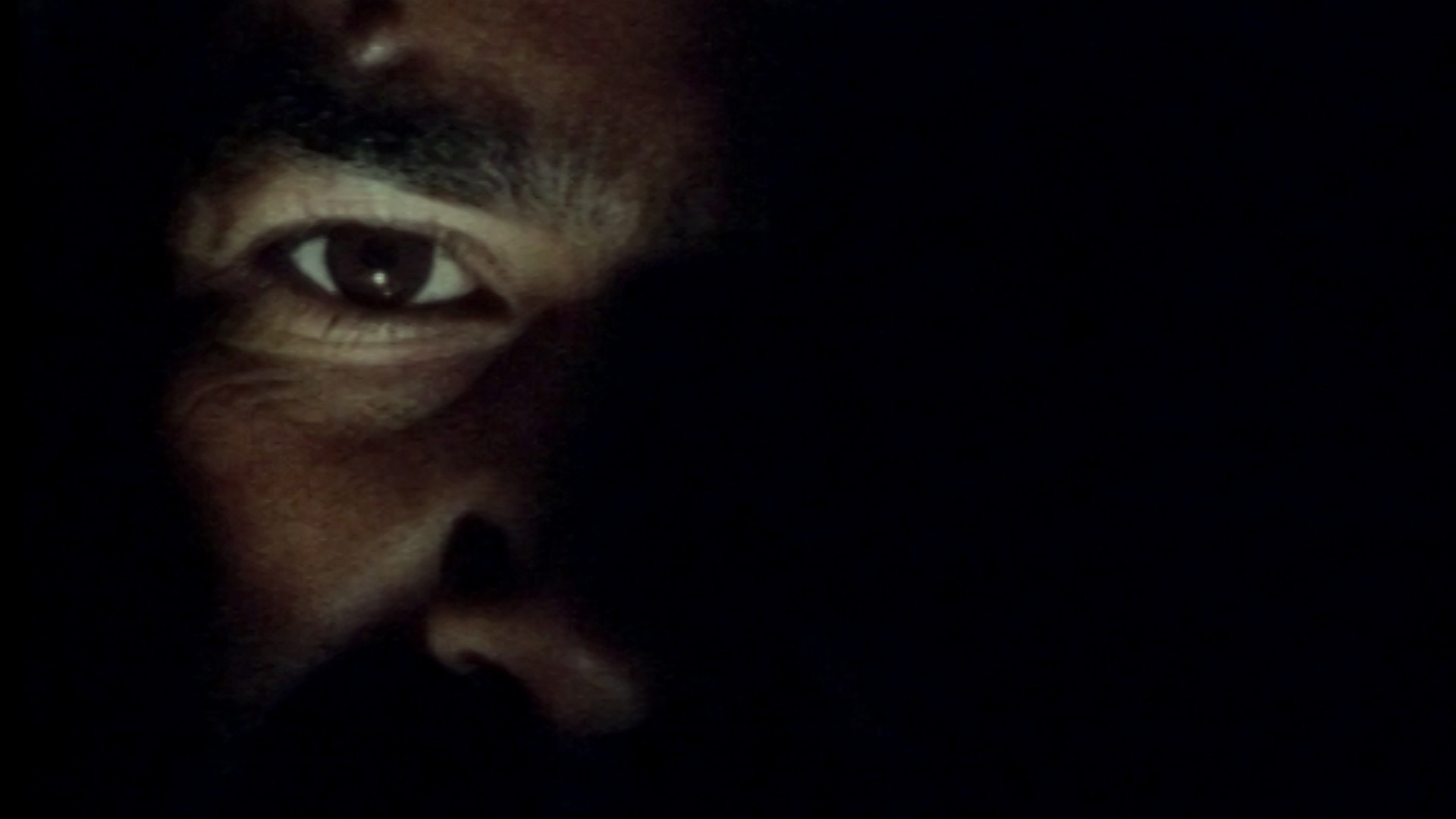 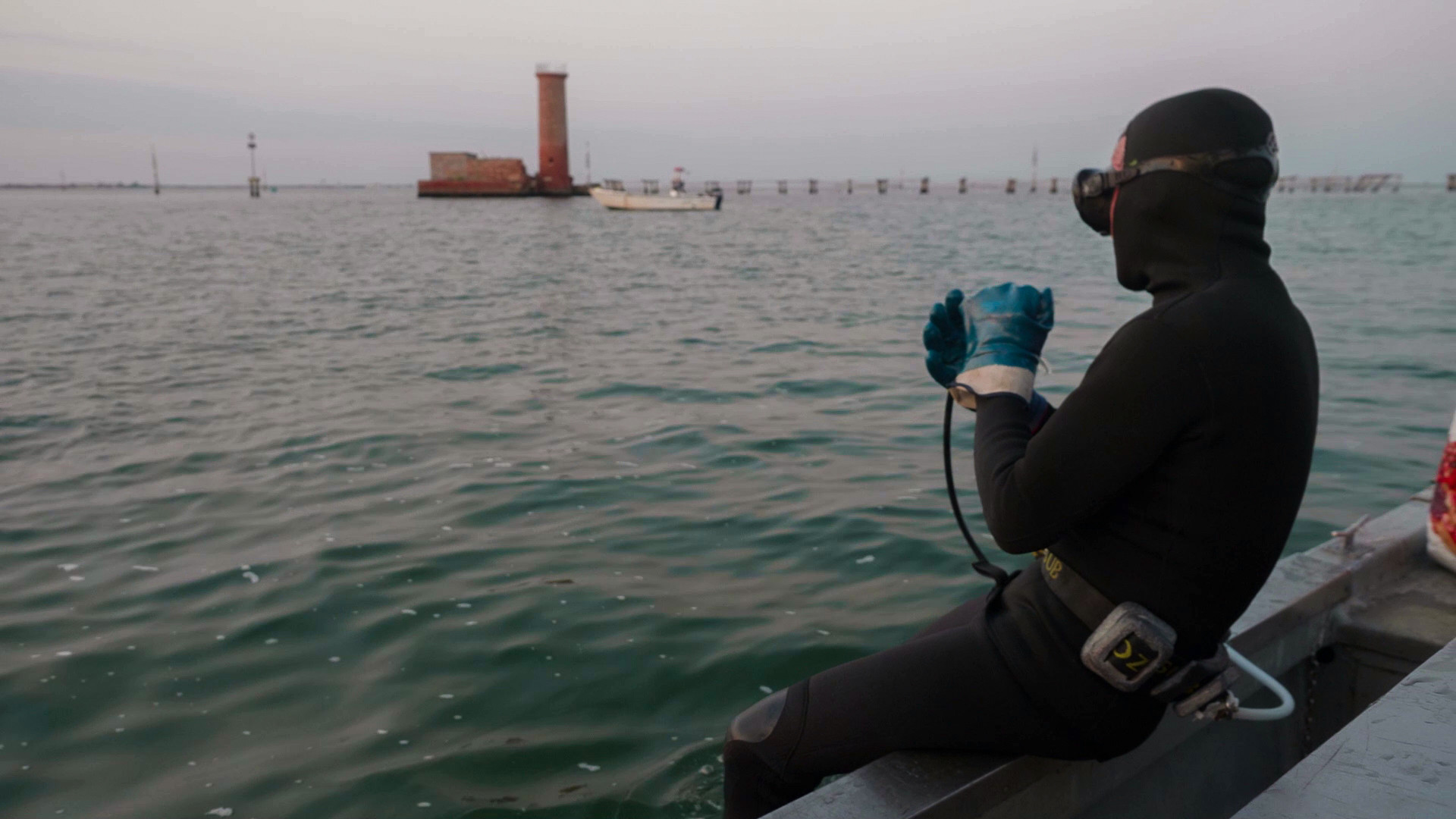 Chioggia, Southern part of the Venice Lagoon, 5am. Like every day Michele, Cristian and Andrea are on their boat to go diving and fish sea urchins, a delicacy they sell at the wholesale fish market. This is how Andrea who is 14, decided to spend his summer holidays this year, to learn a trade that his grandfather and father have been practicing for decades. Andrea is at a crossroad that will strongly influence his future. Will he continue with the family trade, a hard but rewarding job, or will he choose a different path? Facing his first experiences in the lagoon, Andrea discovers one of his possible futures.

In the aftermath of the Second World War, two ship-loads of Italian labourers and their families travelled to the southernmost tip of South America to build a city at the end of the world. Over seventy years later few survivors live to tell the tale, but their legacy lives on. 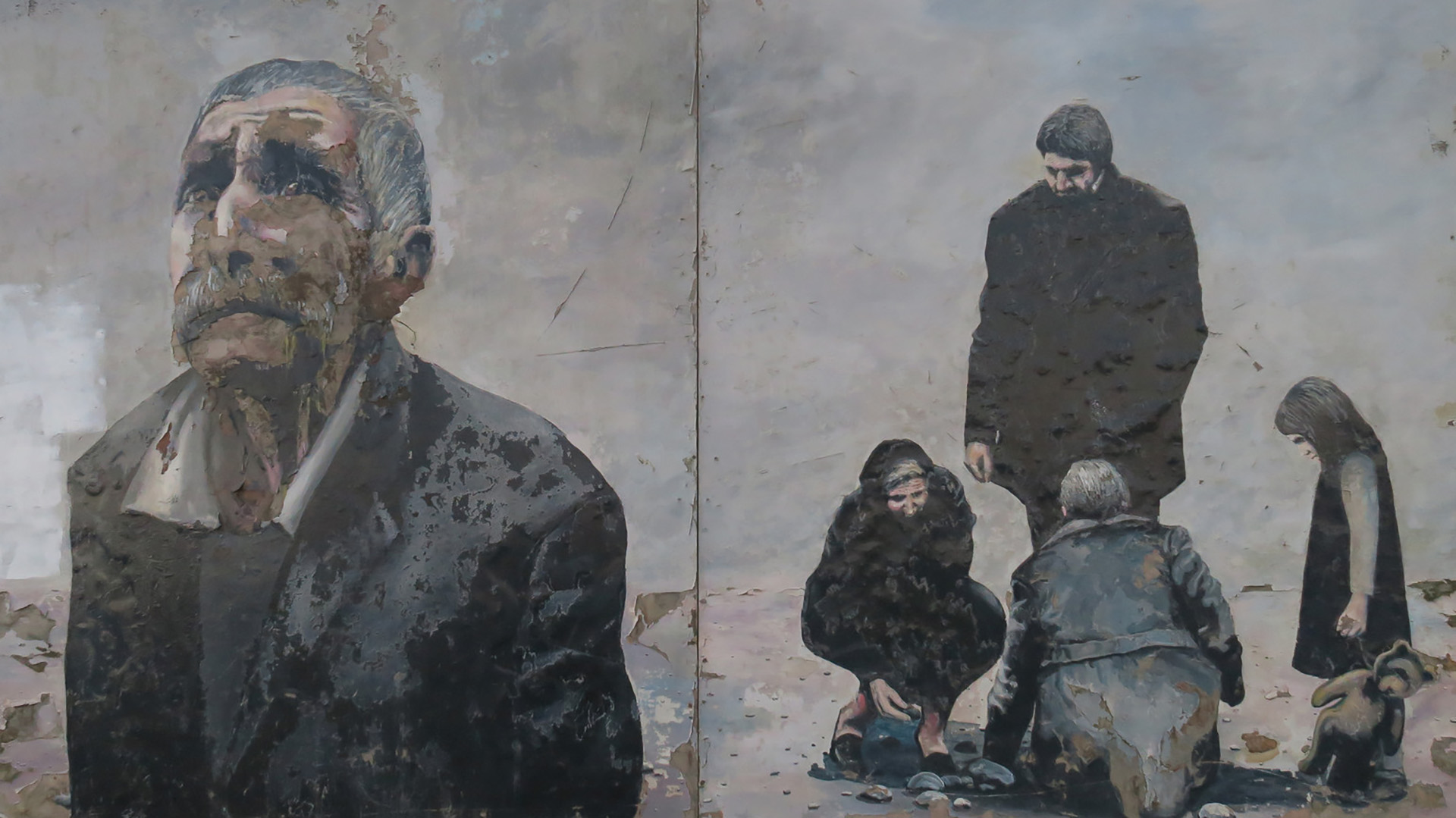 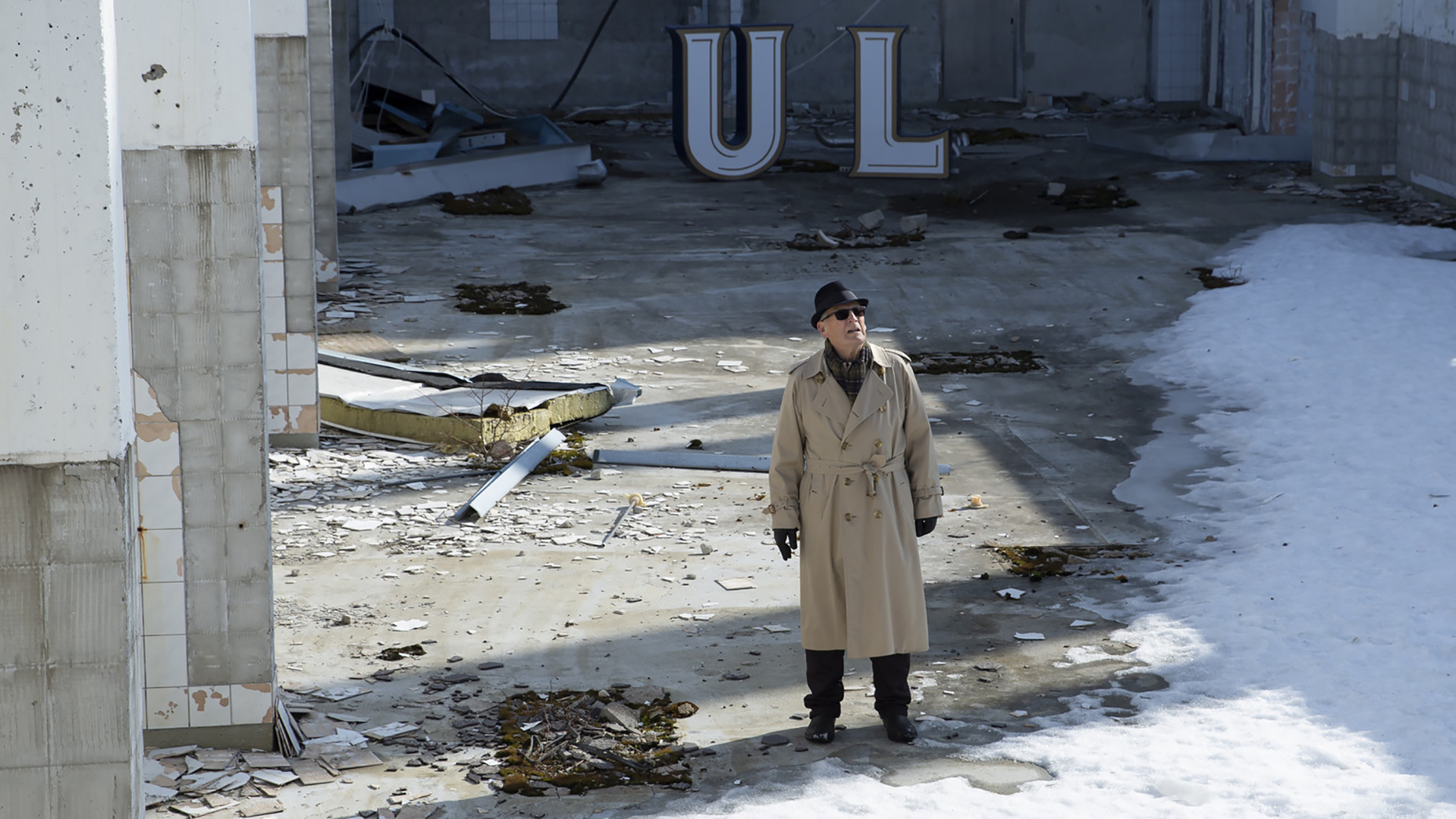 THE MASTER BREWER is a magical comeback story about Leo Andelin, who in 1963 developed the most famous food of Finland – Lapin Kulta beer. A boy from a working class family in remote Tornio, Leo grows up to become the humble gentleman of beer, who passionately nurtures his “northern beer flower”. Leo’s life’s work is destroyed in 2010 when the time-honored Tornio brewery is shut down by the global beer giant Heineken. Local returnee Kaj Kostiander flies to the rescue of the old beer Jedi, who passes on his wisdom to the younger man. Together they launch a record-breaking crowdfunding campaign and hunt for the original beer yeast. And, like a real-life fairy tale, a golden reward awaits Leo and Kaj at the end. Uplifting and beautiful, THE MASTER BREWER shows how people living far from the centers of global power can still survive and prosper with ingenuity, perseverance and authenticity.

The summer raids of a group of children from Chioggia, their dreams and their expectations living on the water. Stefanin, the protagonist, is a handyman, a small man who at 16 repairs engines and goes clam fishing. During the summer evenings, he goes around for fun with all his friends on small boats with 40 horsepower engines, loud reggaeton music and decorative LED lights. Sometimes they go to the lagoon to woo the girls waiting for them on the quay, other times they make a bridge of boats in the middle of the lagoon and bet on who will fish the most the following day. A world made of illusions, irony and energy, but also of dreams and hopes for the future. 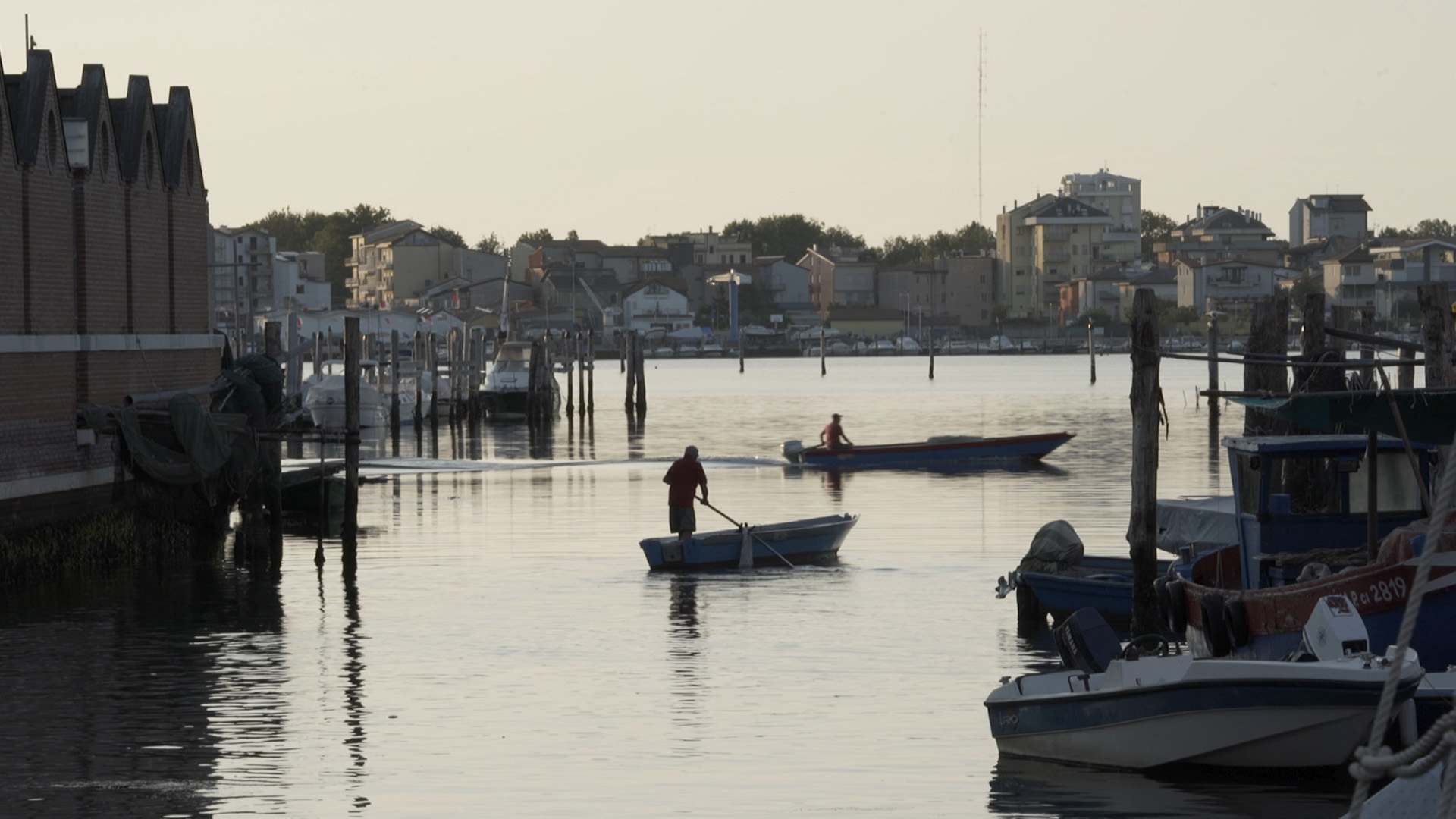 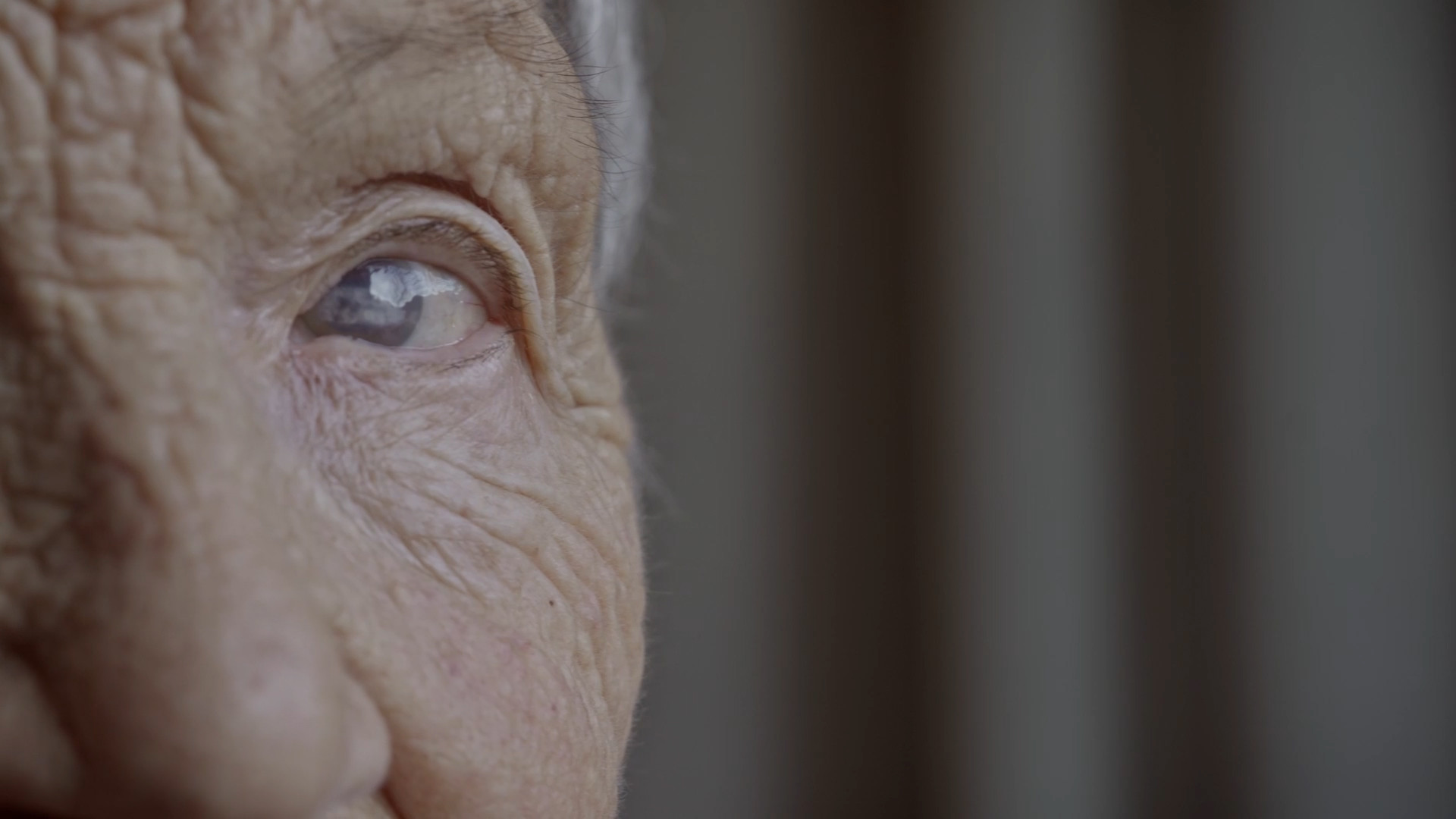 Paternicillina is the last movie by Adolfo Baruffi. It should have been his first fictional work but it will never see the light. Baruffi, Florestano Vancini’s master, is seen as a promising talent of reality cinema by his contemporaries, he produced more than twenty films between the end of ‘40s and the mid- 50s. Then nothing more. Silence. An escape? A renunciation of a dream? This documentary doesn’t just try to go over the life of a film director who wanted to be forgotten, but it reveals the core of the cinematographic vocation. A trip to hell where present and past overlap and lets us understand that failure is the essential test for any artist. It is the story of a man with three lives, poet and shoe agent, film director and man among men, “the former is always among the losers” with a rare smile. “Would you do all you did?” “No, I wouldn’t, just a stroke of madness.”

Tosca’s international tour lasted three years. It started in Algiers and Tunis and ended in July 2018 touching Brazil, France and Portugal. A long journey without borders around music and words that has been enriched over time by illustrious collaborations: Cyrille Aimée, Maria Anadon, Lotfi Bouchnak, Aline Calixto, Alice Caymmi, Salim Dada, Mariene De Castro, Thiago Delegado, Evandro Dos Reis, Ivano Fossati, Ivan Lins, Awa Ly, Marisa Monte, Rogê, Vincent Segal, Luisa Sobral. Great people and artists that Tosca had the pleasure of meeting or finding during this journey, which ended with the production of the documentary Il suono della voce, a Leave and Rai Cinema production directed by Emanuela Giordano. Through images, Tosca personally documents a journey which arises from the desire to contaminate Italian music with other languages. 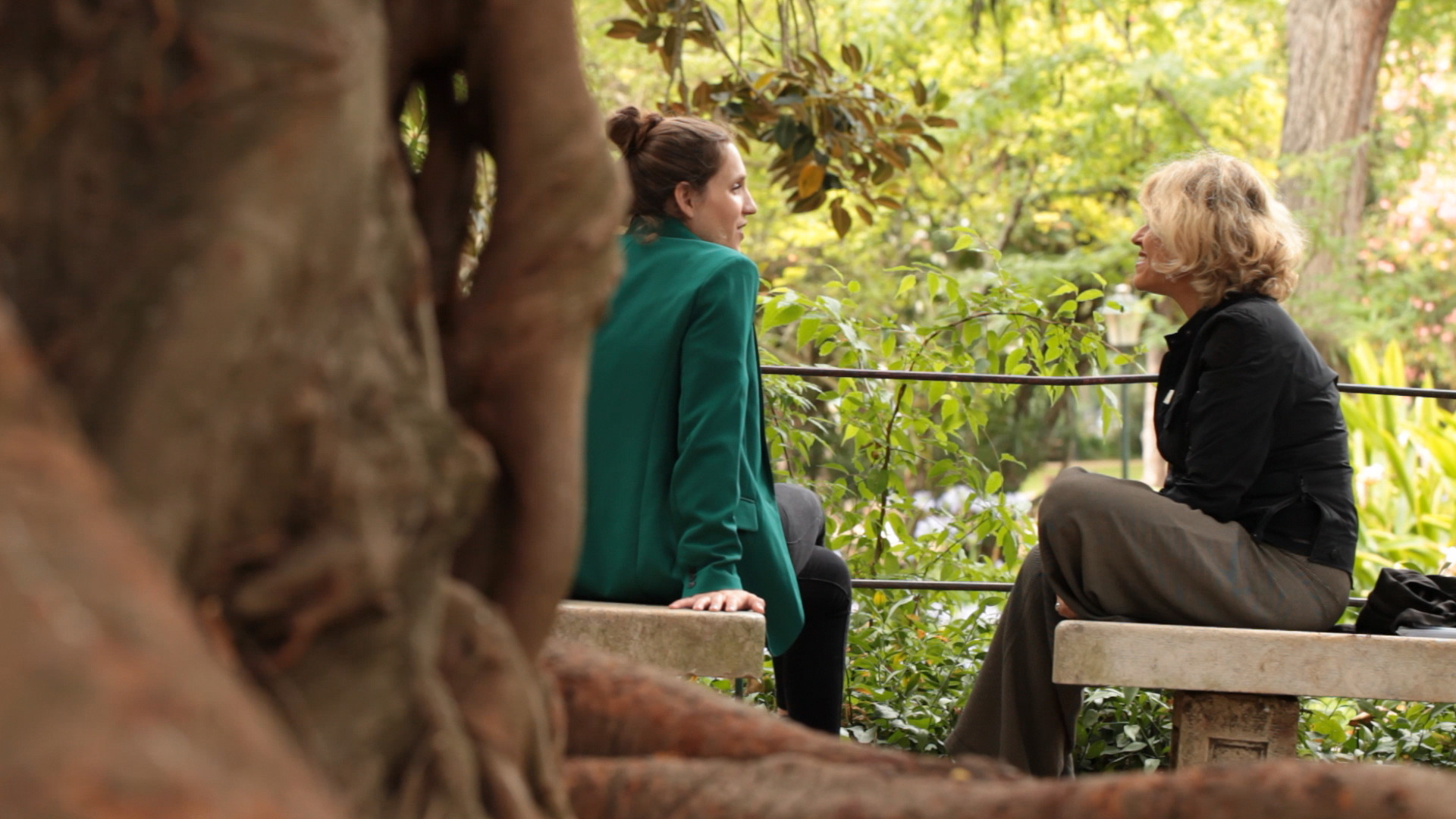 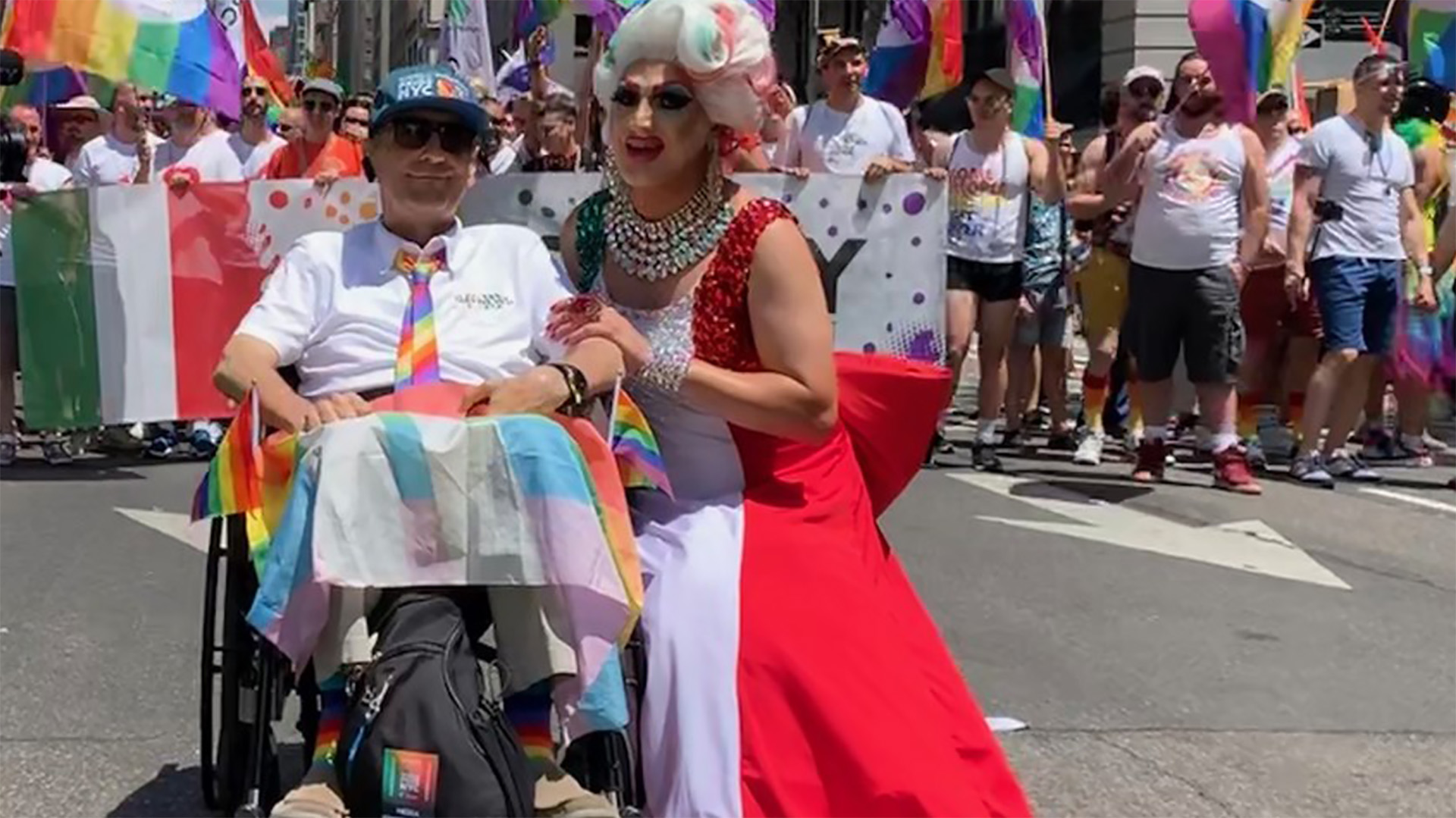 The film is about Franco Grillini, a somewhat late-blooming gay politician from Bologna, born in 1955 into a farming family, with a degree in education, who has always been active in the fight for the recognition of gay, lesbian, and transsexual civil rights. Through the story told directly by its protagonist, the biopic, with a light tone and using original documentary material, reconstructs over thirty years of political history, bearing witness to a tough and gentle fight in the name of dignity and equality.This is a journey – also a sentimental one – touching on the places of his life: from the home of his birth in the country to the university, from the old headquarters of parties that no longer exist to Parliament, and going along the streets and squares of Gay Pride parades, from Rome to New York. The stages in Franco Grillini’s life are punctuated with struggles and victories – from the tragic arrival of AIDS on the scene, with its deaths and the stigmatizing of homosexual relations, to the first same-sex marriage, and then the still-ongoing battle for stepchild adoption – but also the evolution of the social and media’s approach to a topic which still today, even though it concerns millions of people, is strongly divisive when it is not ignored. Grillini talks about public and private aspects with serenity and humor, in a language that his Bolognese accent transforms into a musical lilt, about his firm yet smiling hope for a future without lives lived in fear of social stigma, for the right to health and the full expression of love and affection. They are stories of love and political battles, both inside and outside of Parliament, insuppressible driving forces for change and a zest for life.